If you are not yet a member of our online campus, this link will take you to the registration page. Membership is free but required to sign up for activities.

The field of systemic design caught on in Europe many years before taking hold in North America. Much has been written about it, and cases are mainly related to large companies. But what about one of the most prominent and influential organisations in a country: Government? Government is known to be bureaucratic, riddled with red-tape, and move at a seemingly glacial pace. Yet, their reach and impact are quite extensive within a given population. Government is also typically responsible for handling some of the most complex problems around. Citizens are beginning to experience new ways of interacting with businesses, products, and services in the private sector, so why not with government?

In this case talk, Wayne Thomas will share how systems and design thinking principles are being applied to a provincial government in Canada to tackle some of the most wicked and complex problems. It's not as easy as you might think. Like many large organisations, governments can be slow and resistant to change. Still, incremental shifts and innovations can help change mindsets, leading to different thinking and different results. In Canada, various municipal, provincial, and federal governments are starting to create teams that focus on innovation, systemic design, and human-centred methods of problem-solving, but they are still in the early stages compared to their counterparts in, for instance, Europe. How can one person, or even one group, begin to drive and facilitate this change within their circle of government? How do they introduce these new concepts, processes, methodologies, and mindsets to organisations known to be somewhat static? How does one innovate among complexities within well-established hierarchies and constraints? And what can you learn from that, working in for-profit organisations?

Inroads have been made in the realm of government, and the change journey is well underway. Hear about Wayne's journey as an Engagement Specialist at the Government of Alberta. Learn about how to begin moving the needle in seemingly stagnant organisations and how to begin infusing systemic design tools and principles while inspiring a change in mindset from both the top-down and the bottom-up. Through some of these shifts, the Government of Alberta is working towards delivering more feasible, viable, and desirable human-centred products, programs, and services to its citizens. Wayne believes that without the partnership of Systemic Design, Project Management, and Change Management, successful implementation of human-centred ideas will be next to impossible to realise.

The talk will happen live via Zoom.

This talk is worth 1 SDC study point.

If you are not yet a member of our online campus, this link will take you to the registration page. Membership is free but required to sign up for activities.

* Approximately EUR 16,50. Prices are exclusive of VAT. Non-EU citizens are exempt from VAT on e-services which includes online courses, workshops and talks. 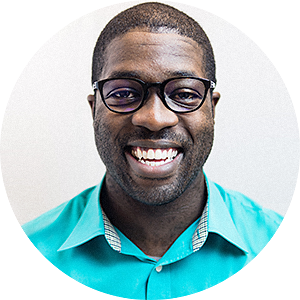 Wayne Thomas (Canada) is an engagement specialist who specialises in facilitation and systemic design. Within the ﻿Government of Alberta, he works to influence and implement systemic design and innovation into the various products, programs, policies, and services produced and provided by the province.

Wayne is also a former educator and principal both in North America and Asia. He has a Bachelor of Education, and a Masters of Educational Psychology focused on Technology in Education. He is also a PMI certified project manager and the current chair of an internal Systemic Design Community of Practice in Alberta. This community comprises public servants empowered to cultivate and apply systems thinking and human-centred design competencies to solve complex problems.

About us
360º series
Learning activities
Campus
For companies﻿
FAQ

Subscribe to our newsletter to stay up to date. We promise not to spam you!